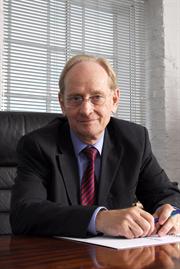 Sir David McMurtry, Chairman and Chief Executive of world leading engineering company Renishaw plc, has received an Honorary Fellowship from the UK’s Cardiff University. The award, presented on 14th July, recognises Sir David’s contribution over many years to the engineering sector and is only given to eminent individuals who have achieved international distinction in their respective fields.

The presentation speech was delivered by Professor Paul Atkinson, a Distinguished Research Professor at Cardiff University, who referred to Sir David as “one of our most distinguished engineers and entrepreneurs.” He concluded by saying, “Metrology, the science and technology of measurement is of fundamental importance in a wide variety of manufacturing processes – Sir David and Renishaw are at the forefront of contemporary metrology.”

Nine other distinguished individuals were also honoured this year, including Baroness Eliza Manningham-Buller, former head of the British Security Service MI5, Keith Clarke, chief executive of Atkins, one of the world’s largest engineering design companies, and Stephen Fry, a well-known actor, writer and TV presenter. For the first time the award ceremonies were presided over by the University President Professor, Sir Martin Evans, who was the recipient of the 2007 Nobel Prize for Medicine.

Sir David has received global recognition for his career achievements including honorary doctorates from other leading engineering-biased UK Universities and fellowships from the Royal Academy of Engineering and the Institute of Mechanical Engineers. In 1989 he became a Royal Designer for Industry, in 1994 was made a CBE “for services to Science and Technology”, and in 2001 was appointed a Knight Bachelor “for services to Design and Innovation.”

In the USA his honours include a fellowship from the Society of Manufacturing Engineers (SME) and an award for the International Contribution to Engineering and Scientific Community. In July 2008 he also became the first non-US citizen to be honoured as a ‘Master of Manufacturing’ by the official magazine of SME. Sir David was also the first non-Japanese winner of the prestigious News Digest Marketing Award, awarded to executives of companies who have made a significant contribution to Japanese industrial development in the field of equipment for manufacturing production and automation.

All images and text copyright Renishaw